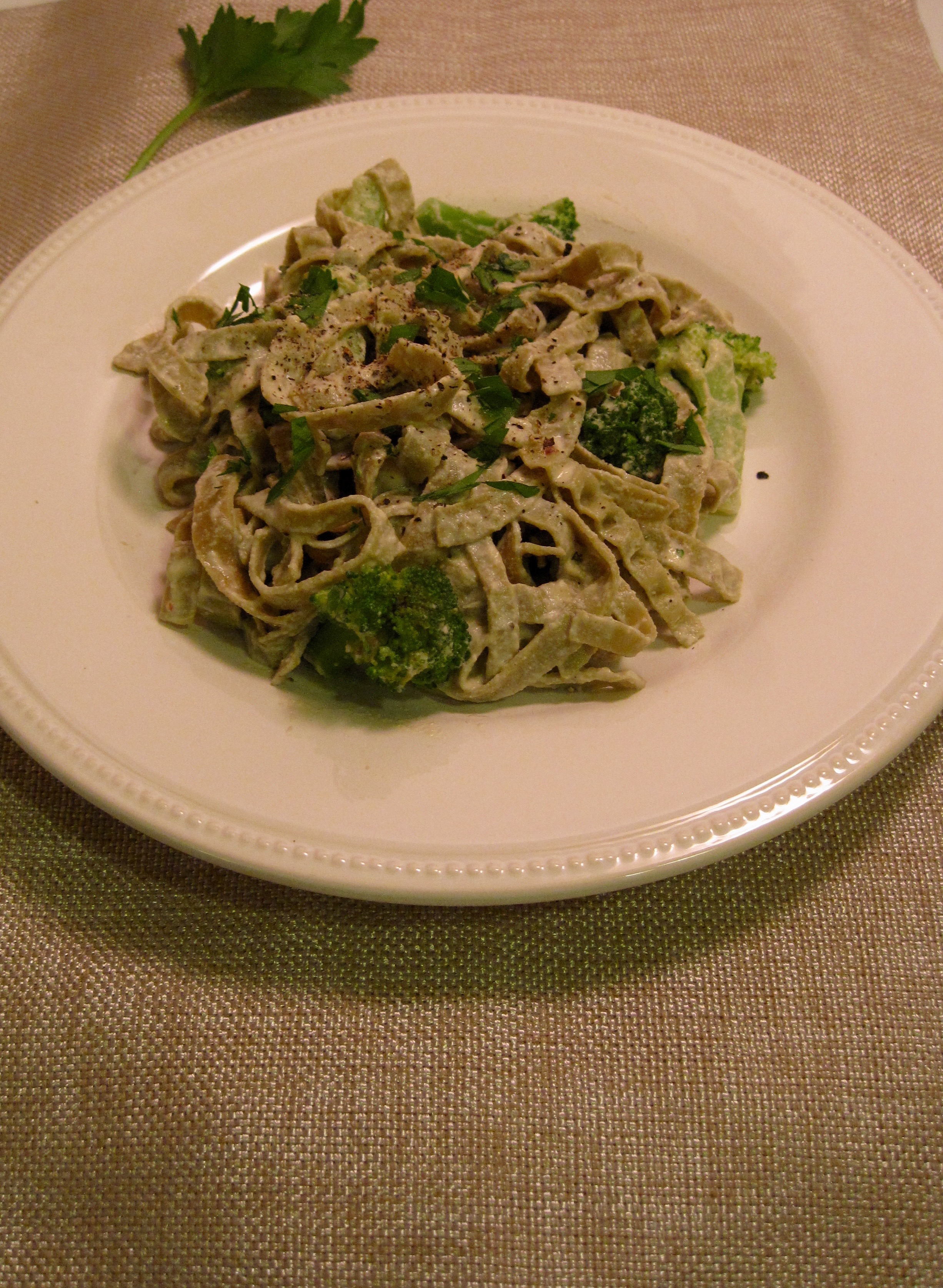 This Vegan Alfredo Sauce is super flavorful.  It’s not quite the same flavor as your butter, heavy cream, and parmesan sauce, but it is definitely just as thick and creamy.  The combination of the Vegan Alfredo with the Edamame pasta is so delicious.

This Edamame and Mung Bean Pasta is so delicious.  It’s one of the most interesting gluten-free pastas that I’ve had.  It has almost an elasticity to it that I haven’t found in rice or quinoa pastas.  It is even great a few days later when reheated!  You can buy it at some local health-food stores, as well as Wegman’s and Whole Foods.  You can even order it right from Amazon. 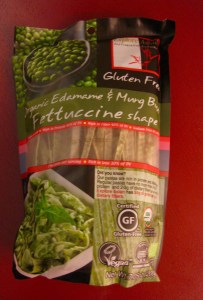 Start by soaking the nuts.  For some purposes, nuts need to be soaked for a long time, even overnight.  For this recipe, I covered them with boiling water for about 15 minutes, and they were good to go.  Soaking for longer can never hurt, though. 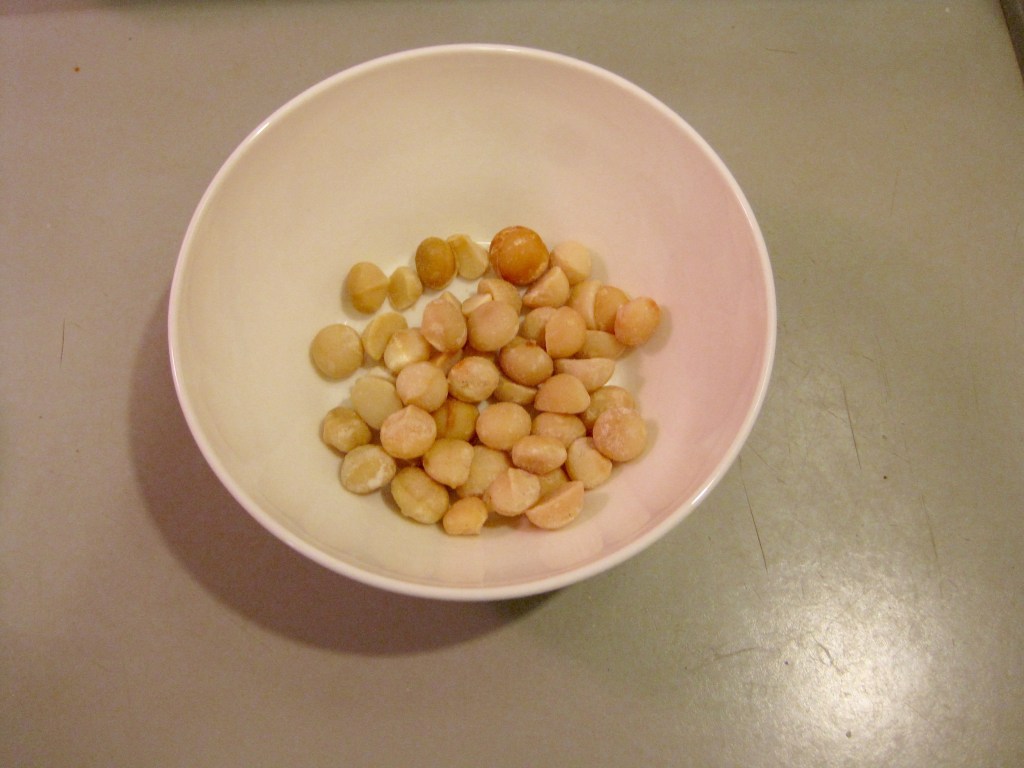 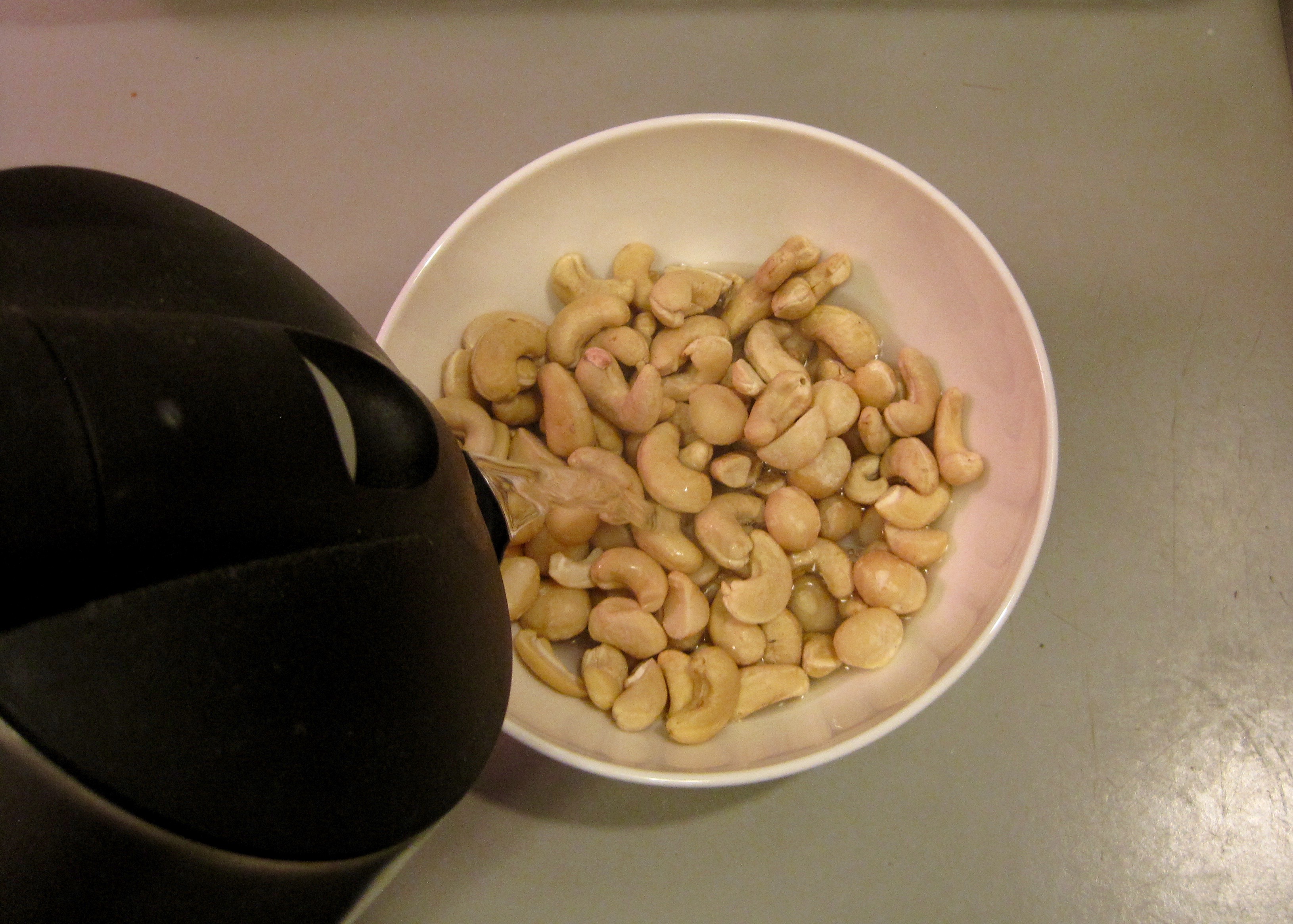 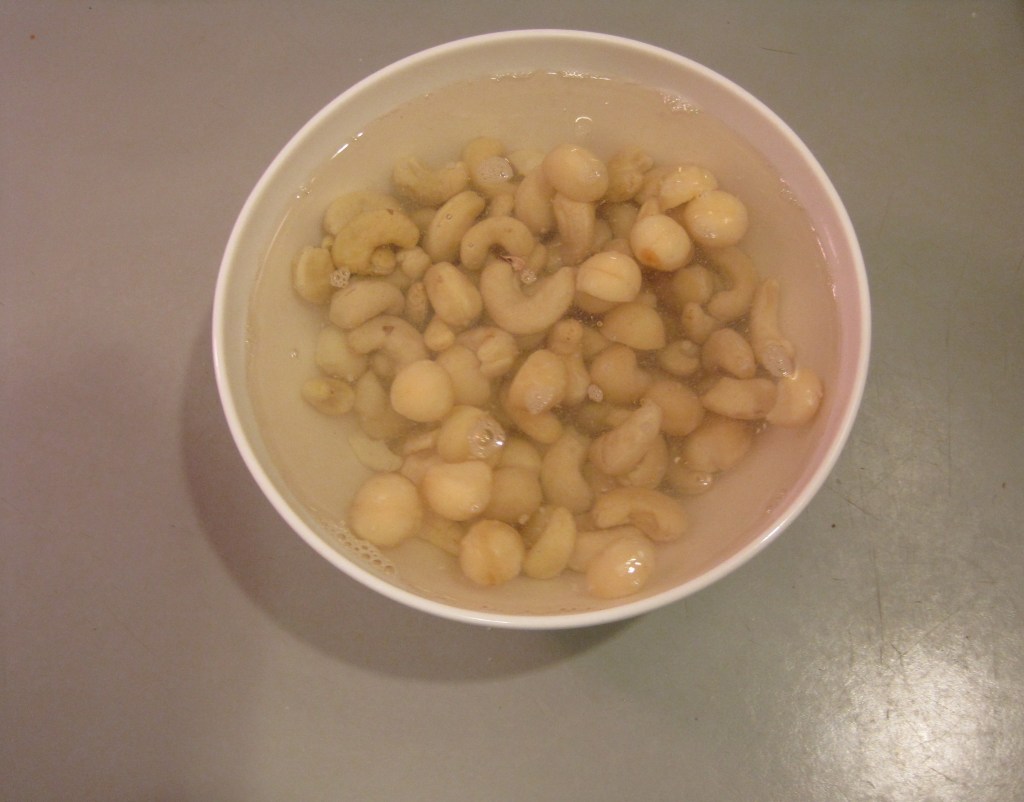 A very important step after soaking, is to make sure you drain, then rinse the nuts very well.  If you feel them, they are a bit softer than before.  If you eat one, it has sort of lost its crunch, which is exactly what we want for our sauce. 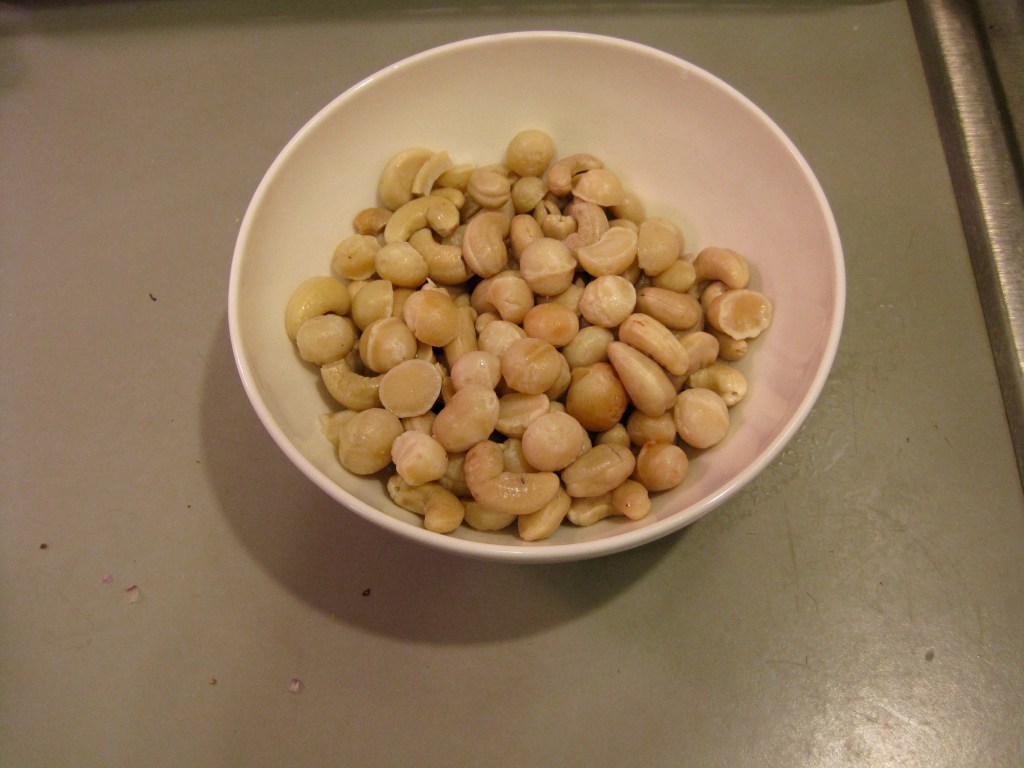 While you are waiting for your nuts to soak, you can get two other things going: Put the water on to boil for the pasta and cook the onions and garlic. 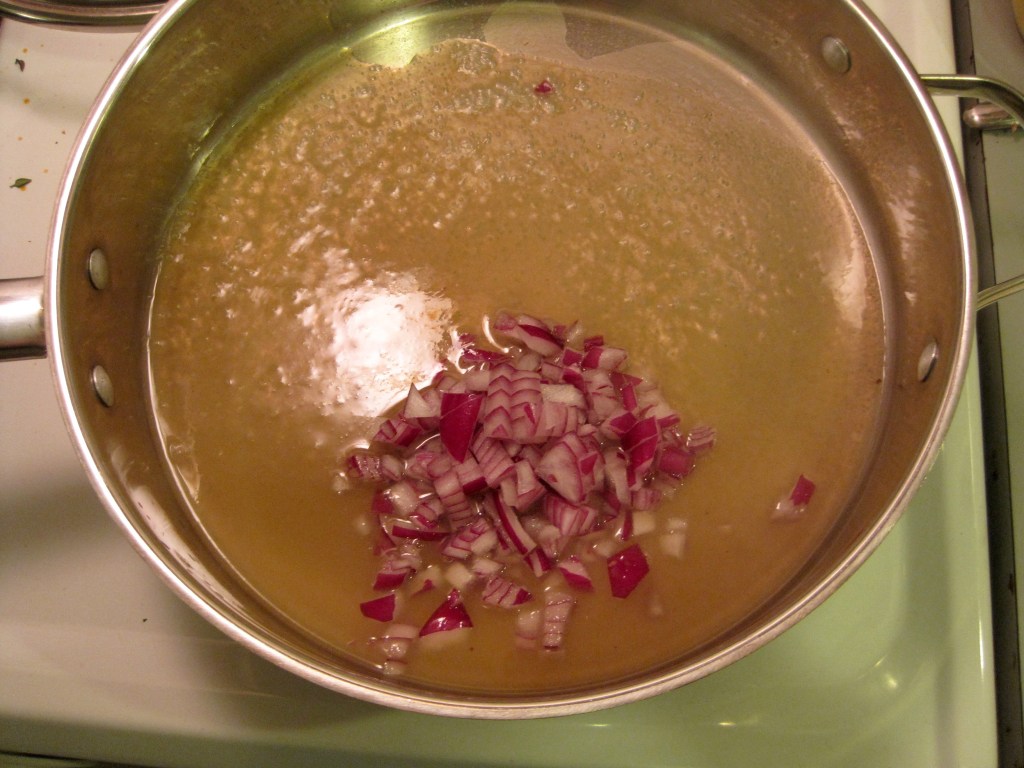 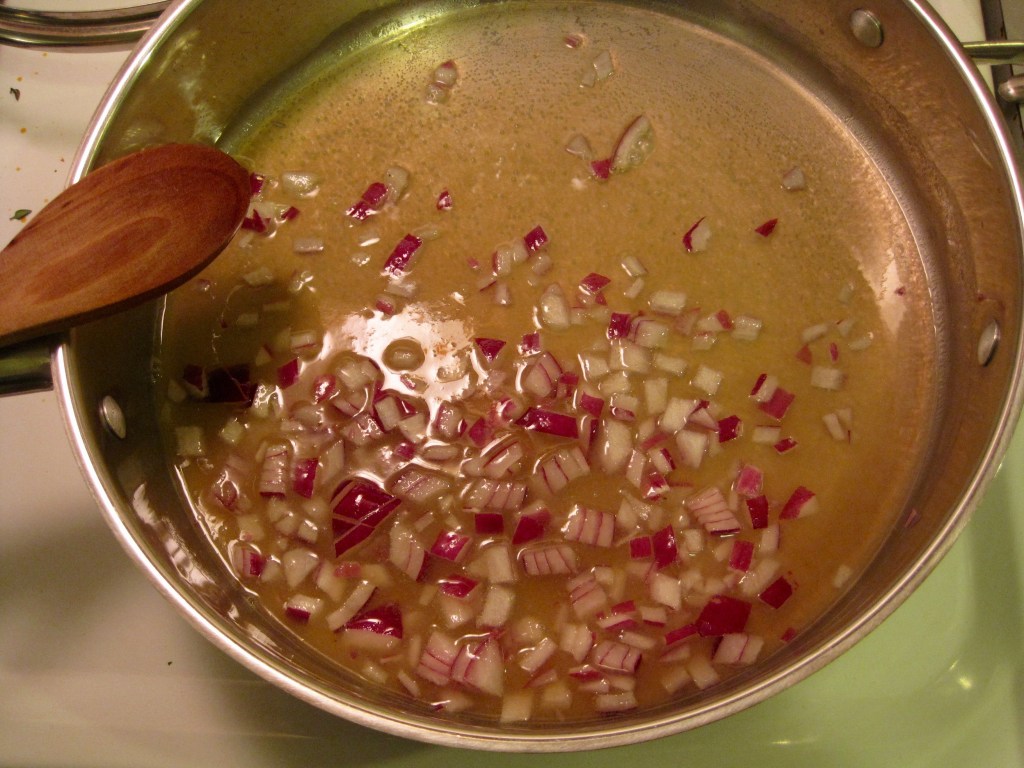 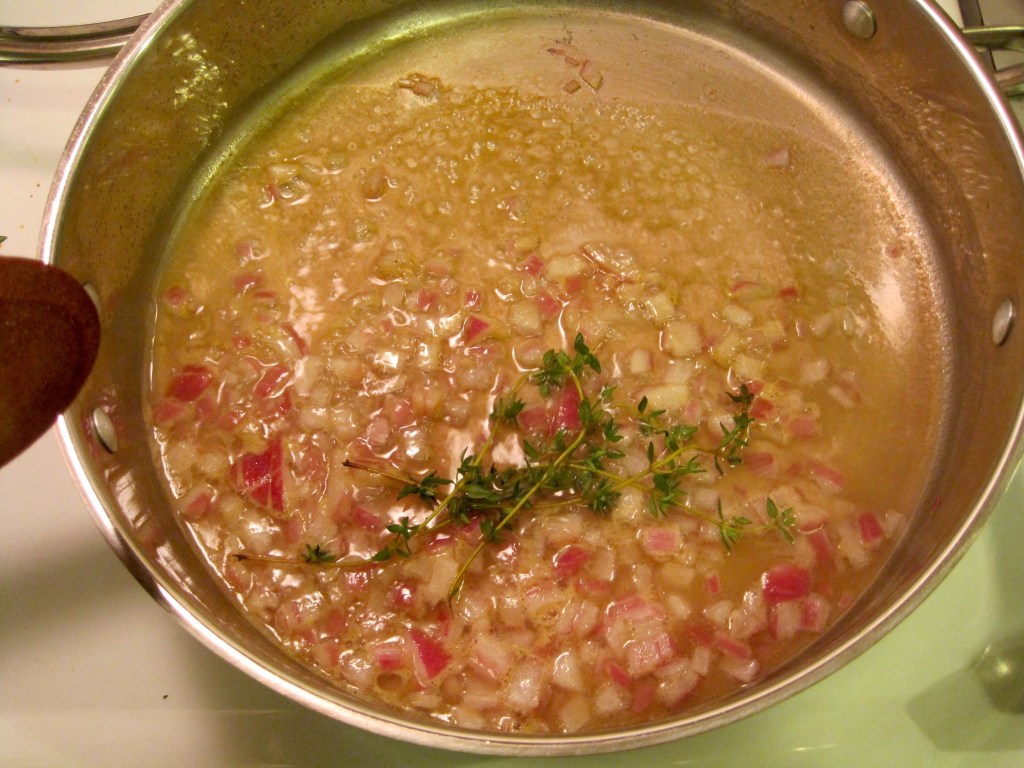 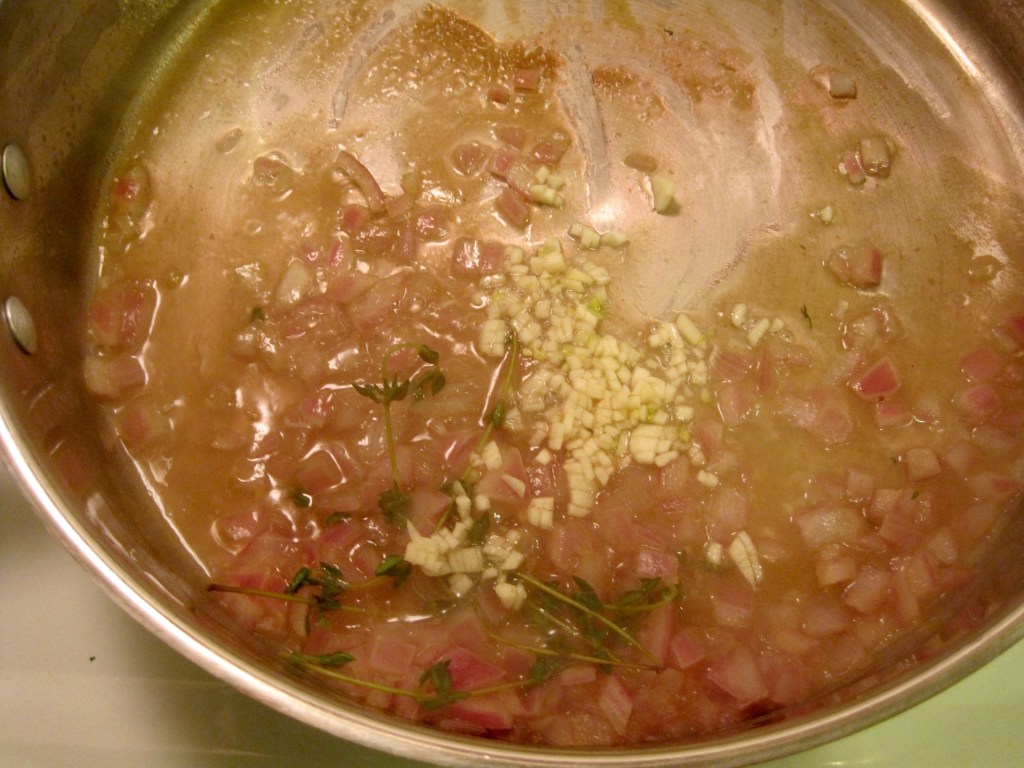 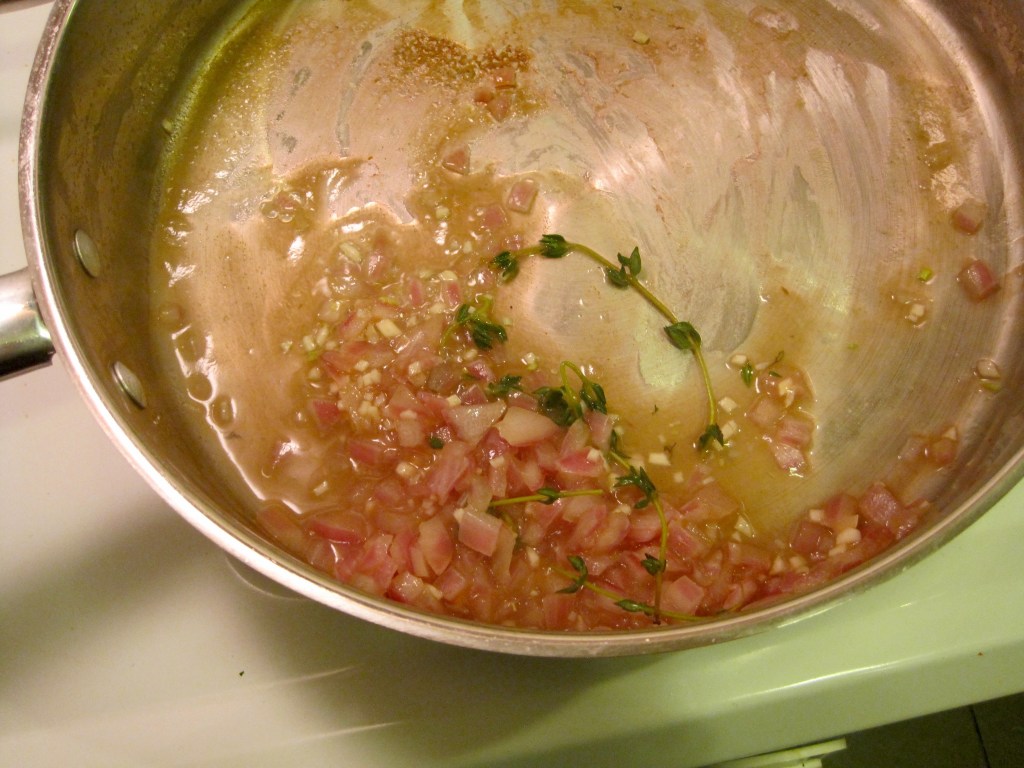 Don’t forget to remove the thyme stems before blending! 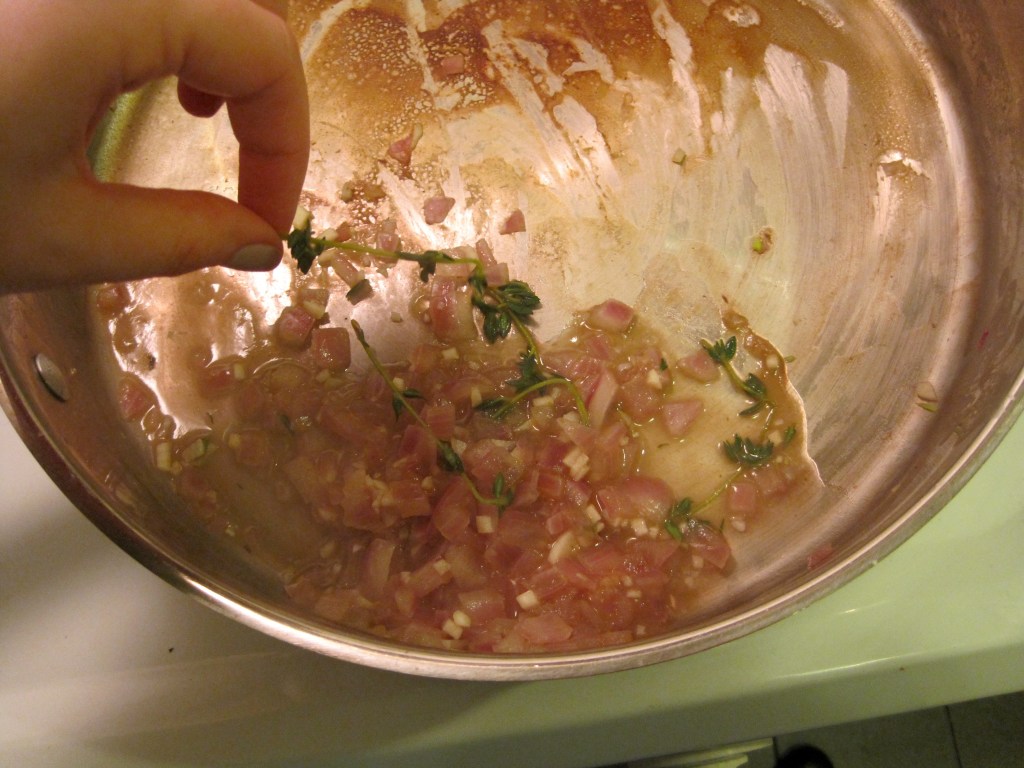 It should look something like this when most of the vegetable stock is absorbed. 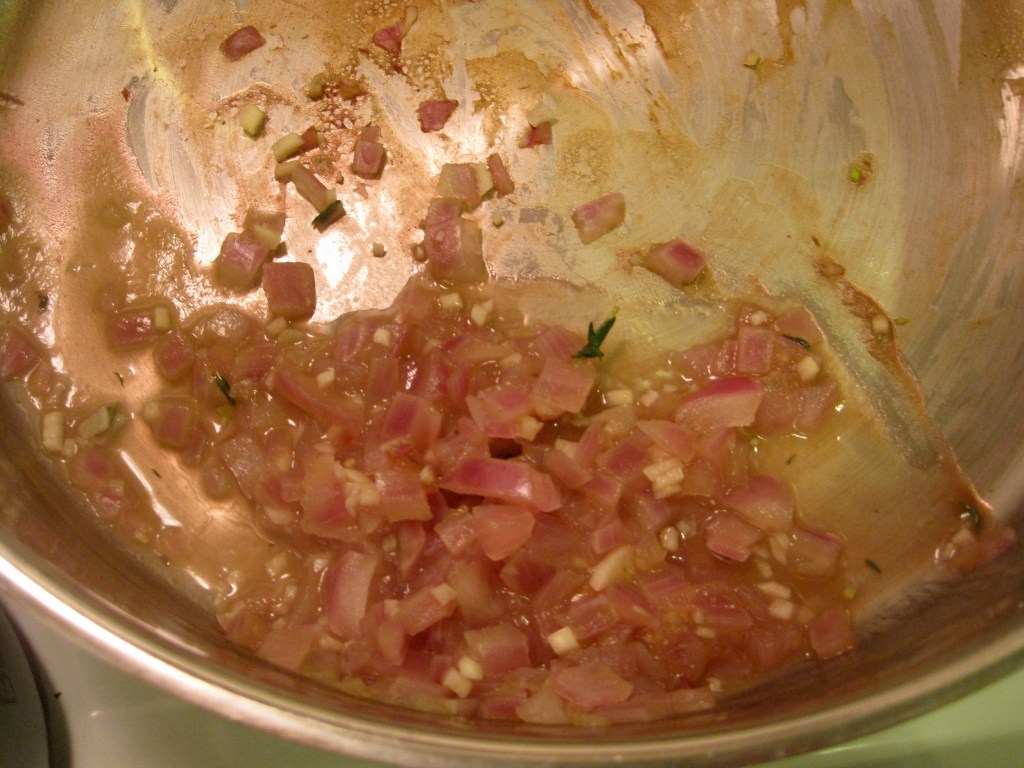 By now, your water should be boiling, so throw in the pasta. 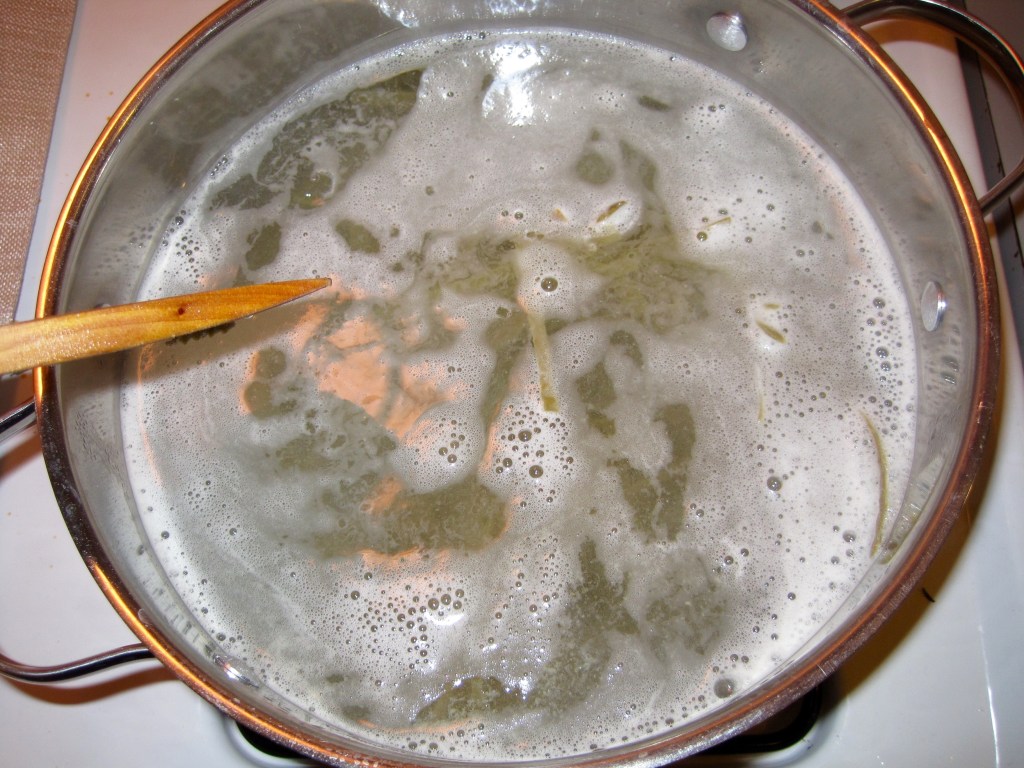 When there are about 3-4 minutes left, toss in the broccoli. 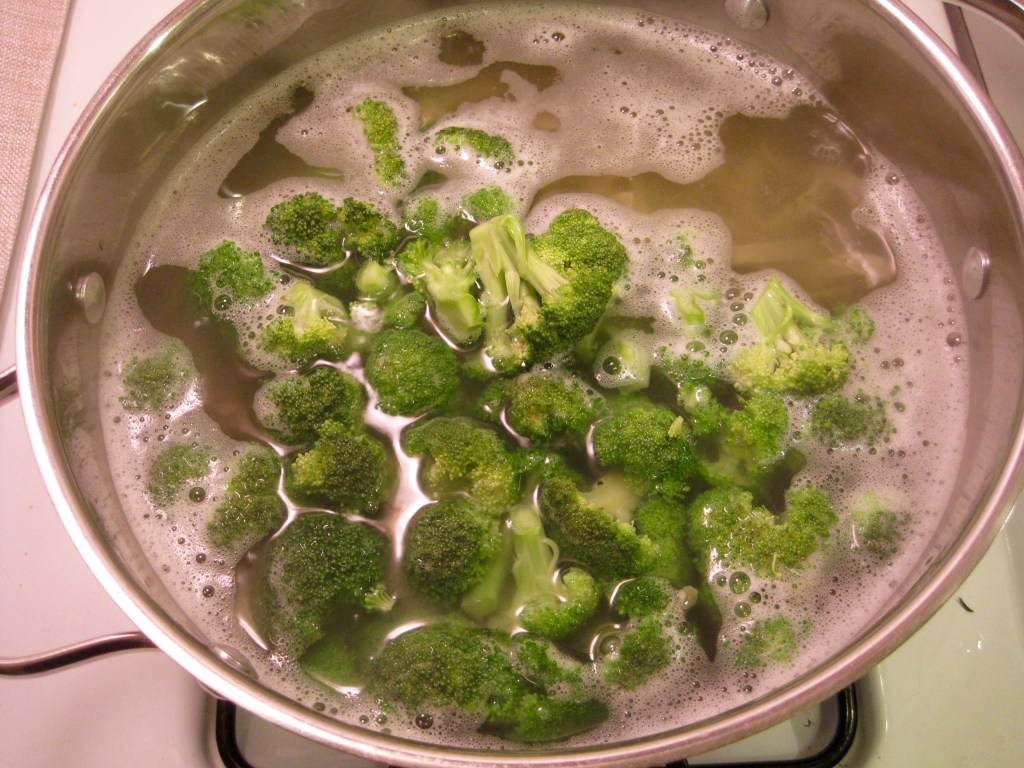 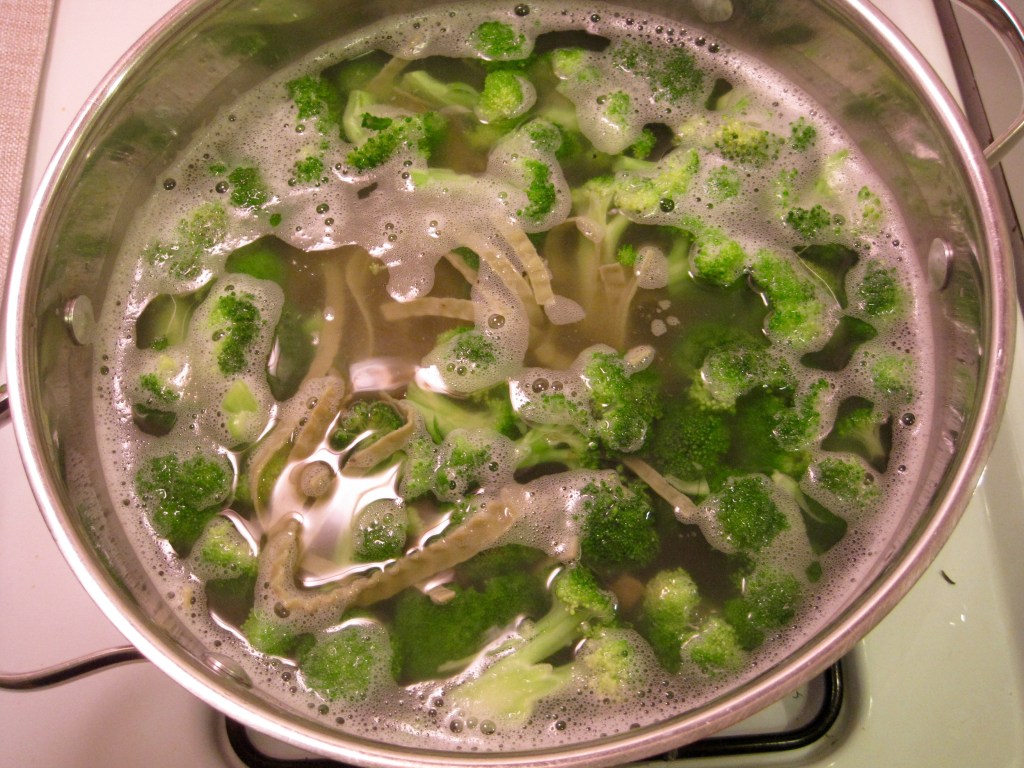 While the pasta and broccoli are cooking, blend up the sauce. 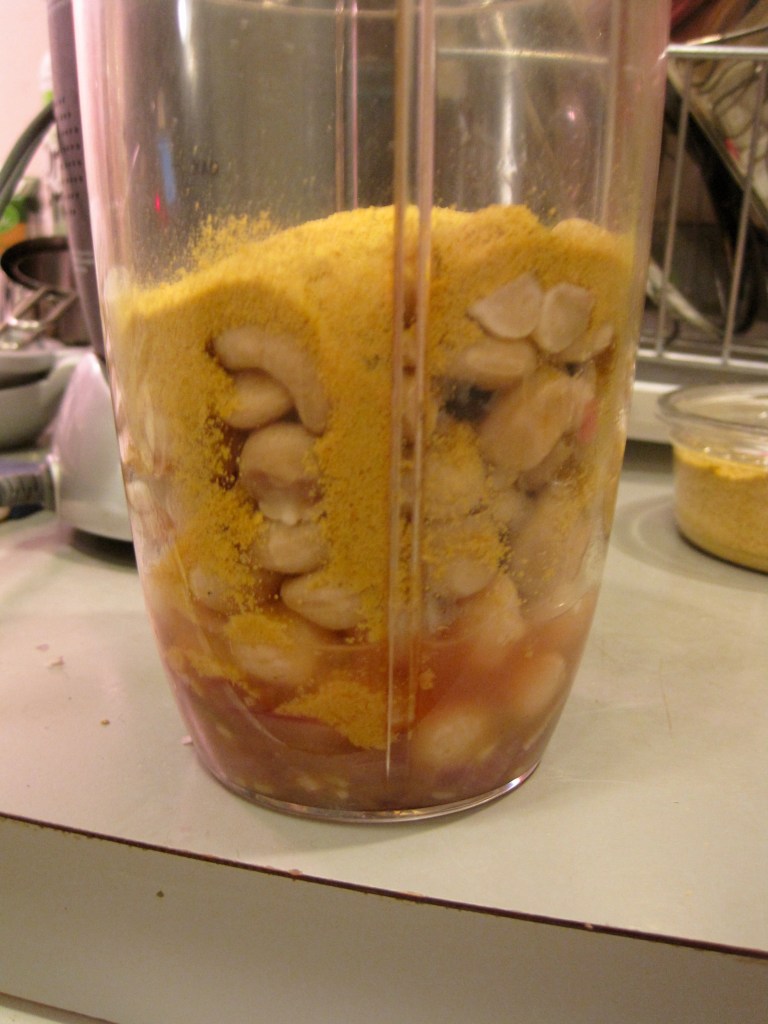 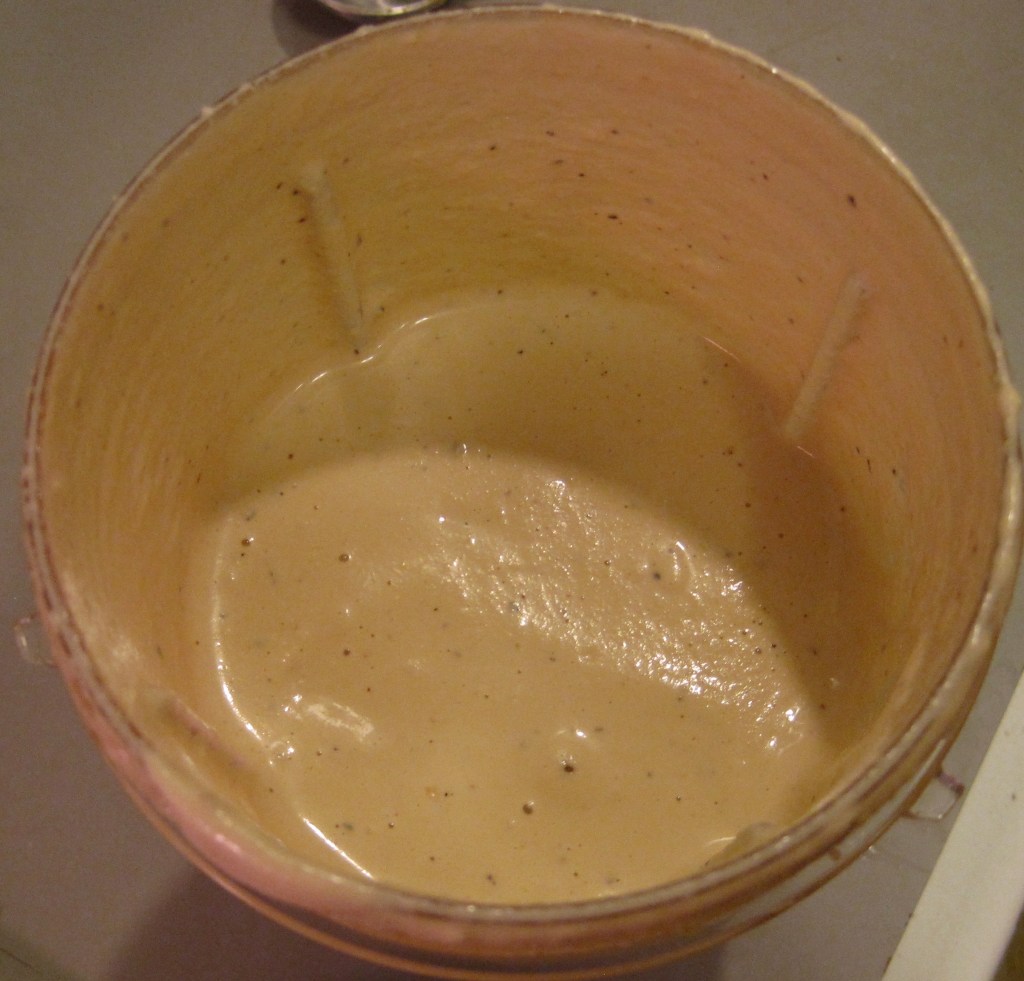 A good amount of sauce is made with this recipe.  It will definitely be enough for the 1 pound bag of pasta.  You should even have a little left over.  You can save it in the fridge and reheat later to put over more pasta or some veggies!  If you are cooking for a larger group of people, or are just really hungry, you could probably cook two bags of pasta and it might be just enough sauce. 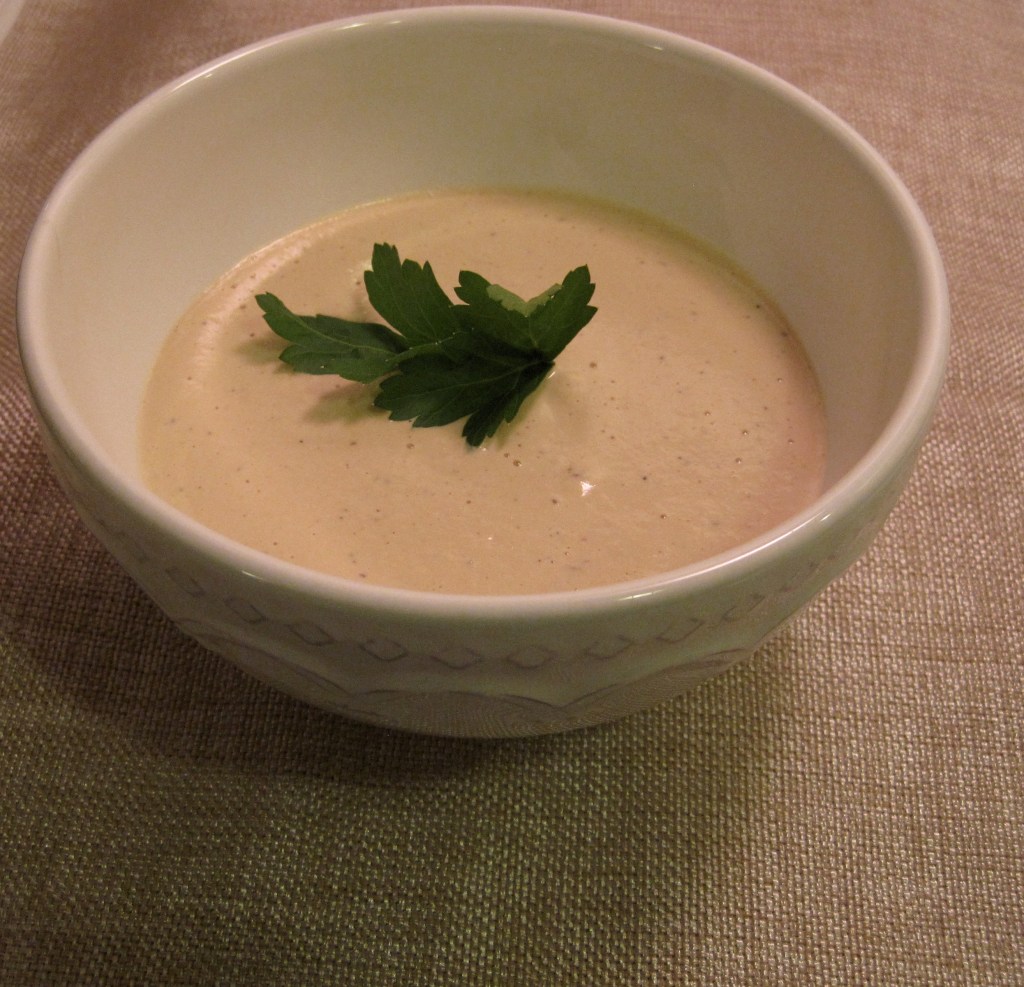 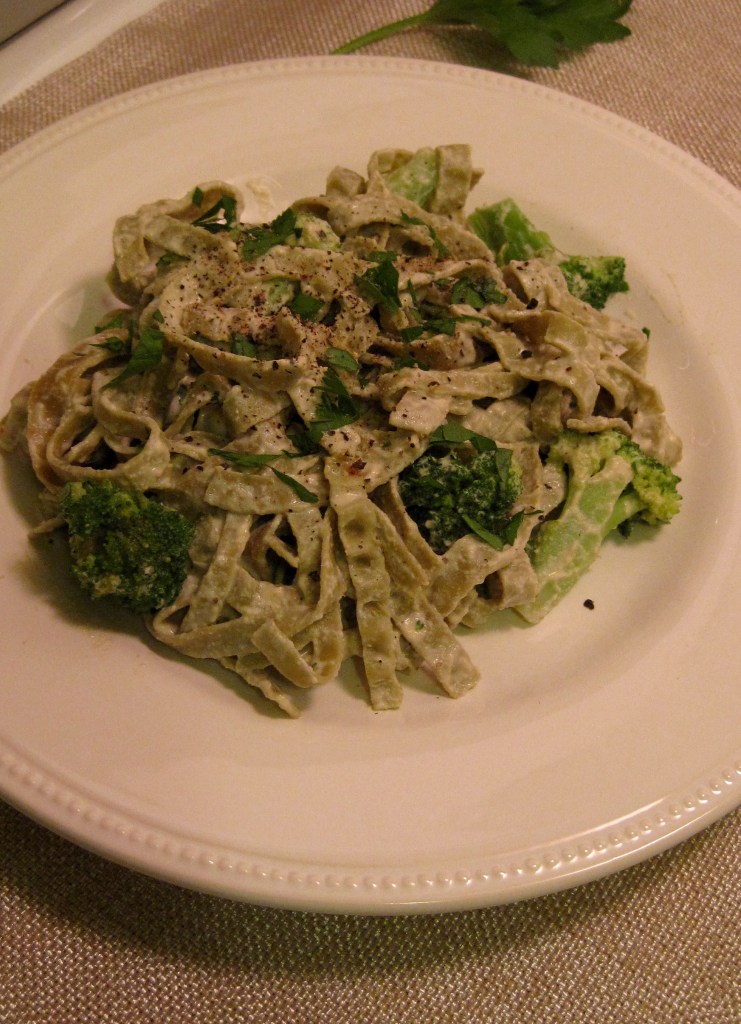 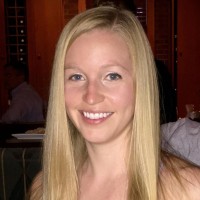 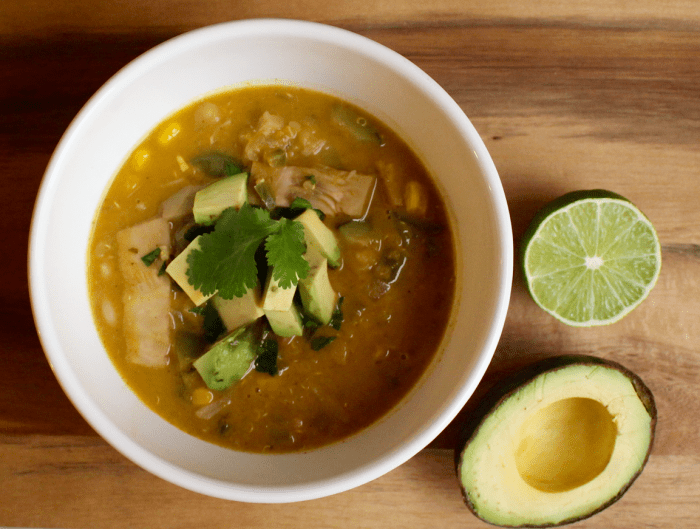 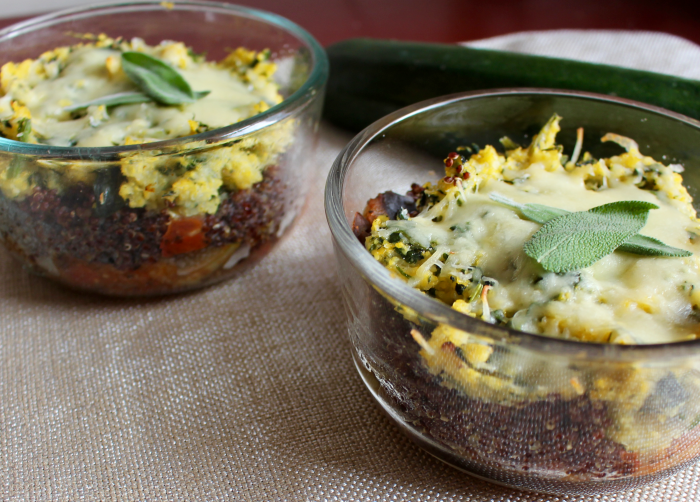 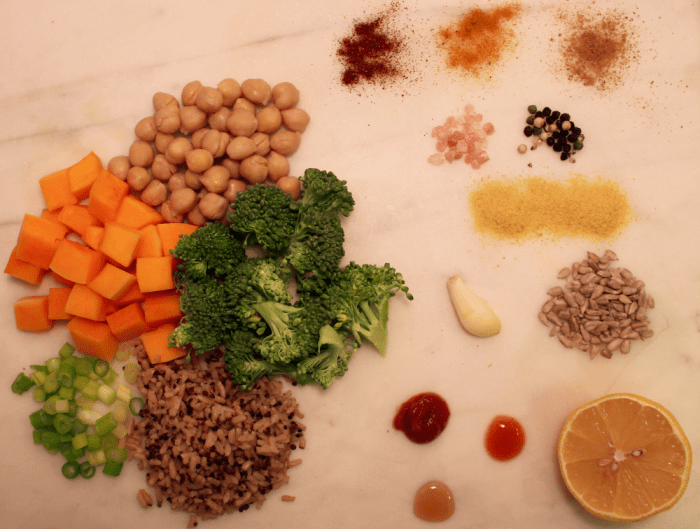 Hi Hailee,
I love the look of this recipe. I have used this pasta before and love it. It stays nice and firm even when used for leftovers. Your sauce is similar to one I have used and I like the idea of using it on this pasta. Keep up the great recipe sharing!!!!